I’ve just finished reading ‘Girl, Interrupted’ by Susanna Kaysen, and so I thought I would write a review, while it was still fresh in my mind!

‘Girl, Interrupted’ is an autobiographical novel (written as fiction) about Susanna Kaysen’s experience at McLean hospital, a hospital for those struggling with mental illness. She is admitted to a women’s ward in 1967, and this book follows her journey, until she leaves a few years later.

This hospital is ‘famous’ for admitting troubled writers, artists and musicians. One of my favourite authors, Sylvia Plath, spent time here, and so this is what pushed me to finally read this book. It’s incredibly short, and I read it in a day. Despite only really taking place in a mental hospital, it’s surprisingly fast-paced, and I really enjoyed reading it.

Something which really hit me when reading this book was the problems with the medical system during the 1960s. Throughout the book, Kaysen includes excerpts from her medical records from the time, detailing what was actually “wrong” with her, and why she was sent to this hospital.

Throughout the book, she cannot work out why she has been referred to McLean. While this could be to do with the fact that she cannot understand the extent of her depression and suicidal feelings, ultimately it shows the real incompetency of the mental health services- particularly in its attitude towards women. Susanna is supposedly battling suicidal tendencies, and depressive behaviour. But as far as I could tell, all the nurses did was drug her up.

Valerie was back, with a full medication cup.

“You take this.” She gave me the cup. I could tell it was Thorazine from the color.”

Another issue in the book was the attitude towards women. Yes, it is clear that Kaysen harboured some depressive feelings, but when she goes through her medical report at the end of the book, it becomes clear that, like so many other young women at this time, she was sent to McLean because she did not conform with the image her parents had created for her.

The main character was ‘temperamental’, creative, and aspired to something other than college or marriage- and this alone labelled her as odd, and “mad”.

Throughout the book, Susanna’s ‘bad’ behaviour before being admitted to McLean is suggested as acting promicuously, and Kaysen suggests that this is a very female issue. The idea of a woman being locked up in a mental hospital for sleeping with too many men is seen as ridiculous now, but at this time it was all too true for women in America.

“How many girls do you think a seventeen-year-old boy would have to screw to earn the label “compulsively promiscuous”? Three? No, not enough. Six? Doubtful. Ten? That sounds more likely. Probably in the fifteen-to-twenty range, would be my guess- if they ever put that label on boys, which I don’t recall their doing.

And for seventeen-year-old girls, how many boys?”

One thing I really liked about this book was the honesty of the narrator. I liked how she chose to write her memoir as a piece of fiction, but still placed small bits of fact throughout the text. Her experience certainly had hints of Sylvia Plath’s ‘The Bell Jar.’

Some of the comments Kaysen made throughout the text really made the modern reader laugh in disbelief and shock at the mental health services of the time.

“”A writer,” I said when my social worker asked me what I planned to do when I got out of the hospital. “I’m going to be a writer.”

“That’s a nice hobby, but how are you going to earn a living?”

As well as the dry wit of the narrator, I also liked her interactions with the other girls. Without realising, she built up a community with the girls on the ward, and I liked this aspect of the memoir. The character of Lisa was also refreshing. She was witty, funny, and very honets.

Lisa was labelled a sociopath, although as far as I could see she was just cutting, coming up with savage remarks about those around her, and challenging authority. I doubted whether she even needed to be in a mental hospital, just as I doubted Kaysen’s reasons for being in McLean.

Overall, I thought this was a witty, interesting, and honest portrayal of life in a mental institution. Seeped in history, it really appealed to me. While there are many issues with the mental health services today, the 1960s were certainly a difficult time for those struggling with depression, and those labelled as ‘other’ by society.

Just like with ‘The Bell Jar‘ this book made me question the society of the time, and why these bright young women felt compelled to harm themselves, or harbour such negative thoughts. I often wonder if, had they had more options and freedom- and their intelligence hadn’t been so stifled- would so many of them have been referred to places like McLean?

Kaysen also raised the point of whether these women needed to be kept in places like McLean, given intense shock therapy and drugged up. The problem was clearly with society, not the women, and yet they were the ones who were treated this way.

This book certainly made me think, and it was brilliantly written. I would recommend it to fans of Sylvia Plath, or to those interested in honest, personal accounts from the 1960s.

There’s a film version of this book, featuring Winona Ryder and Angelina Jolie. I definitely want to check that out at some point.

What do you think of my review of ‘Girl Interrupted’? Would you consider reading it, or maybe trying the film? Are there any memoirs you’ve enjoyed reading?

Let me know any thoughts in the comments below 🙂 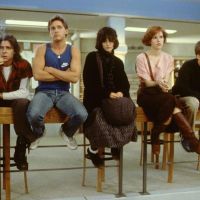 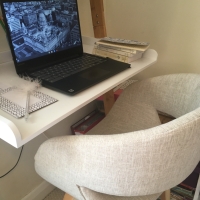